Friedrich Ebert served from 1919 to 1925 as the first President of the Weimar Republic. He advocated the development of parliamentary democracy, viewed himself as the president of all Germans, and was committed to a politics geared to social balance and compromise.

Born on February 4, 1871, in Heidelberg, the son of a tailor, Ebert went on from primary school to learn the saddler’s trade. During his journeyman years, in 1889, he joined the Social Democratic Party of Germany (SPD), at the same time becoming active in the saddlers’ union. In 1891 he was living in Bremen, where he worked first in his own trade, then as an innkeeper. In 1893 he was appointed to the editorial staff of the Bremer Bürgerzeitung, the local organ of the SPD.

A year later, he was elected party chairman. In the same period, he was also elected to the chairmanship of the Bremen saddlers’ union as well as to a seat on the Bremen city council.

In 1905 Ebert resettled in Berlin, where he was elected to the SPD’s executive party body. At the age of 34, and as its youngest member, he devoted himself chiefly to organisational matters. In 1912 Ebert was voted into the Reichstag, the Imperial Parliament, with the SPD posting its greatest-ever election victory and becoming the largest parliamentary party. During the First World War, Ebert, who had been elected chairman of the SPD in 1913, sought, ultimately in vain, to hold together the party’s wings, which had become divided over the issue of war credits.

Following the demise of the German monarchy, Ebert, in the course of the November Revolution of 1918, briefly served as Imperial Chancellor (Reichskanzler). He succeeded in preventing the establishment of a system of workers’ councils patterned on the Russian Soviet model as well as in having an election called for a democratic German National Assembly. This was a clear commitment – in the face of resistance, even in the SPD – to parliamentary democracy, and it set the stage for the creation of an order of German society based on liberty and pluralism.

Elected Imperial President in 1919, he was to have many crises to negotiate, with government coalitions disintegrating, the economic situation worsening, and political assassinations poisoning the political atmosphere. Convinced of the need to protect Germany’s new parliamentary democracy, Ebert made some unpopular decisions and was subjected to libel and slander, some of it of a highly personal nature. On one point, though, he remained unshakable: “Democracy needs democrats”.

Following his untimely death in 1925, the Friedrich Ebert Foundation was established. And in it, his political legacy lives on today. 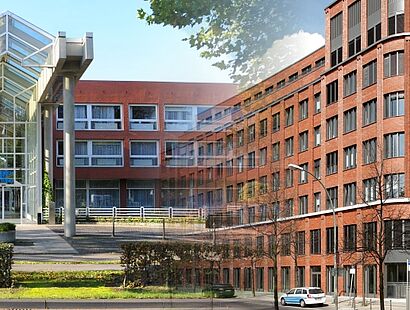 The Friedrich-Ebert-Stiftung (FES) is the oldest political foundation in Germany with a rich tradition in social democracy dating back to its foundation in 1925. More

The Friedrich-Ebert-Stiftung (FES) is a non-profit German foundation funded by the Government of the Federal Republic of Germany, and headquartered in Bonn and Berlin. It was founded in 1925 and is named after Germany's first democratically elected President, Friedrich Ebert. FES is committed to the advancement of both socio-political and economic development in the spirit of social democracy, through civic education, research, and international cooperation. Friedrich-Ebert-Stiftung is the oldest political foundation in Germany.